Discover, Understand, and Act Through WhatsApp: Disseminating of COVID-19! How Can I Protect Myself and Others? to Rural Communities in Mexico

By Hannah Osborn and Katherine Blanchard

In April and May of 2020 the Smithsonian Science Education Center (SSEC) in collaboration with the World Health Organization and InterAcadamy Partnership developed the community research guide COVID-19! How Can I Protect Myself and Others? as a rapid response to the COVID-19 pandemic and the need for high-quality STEM education for young people. 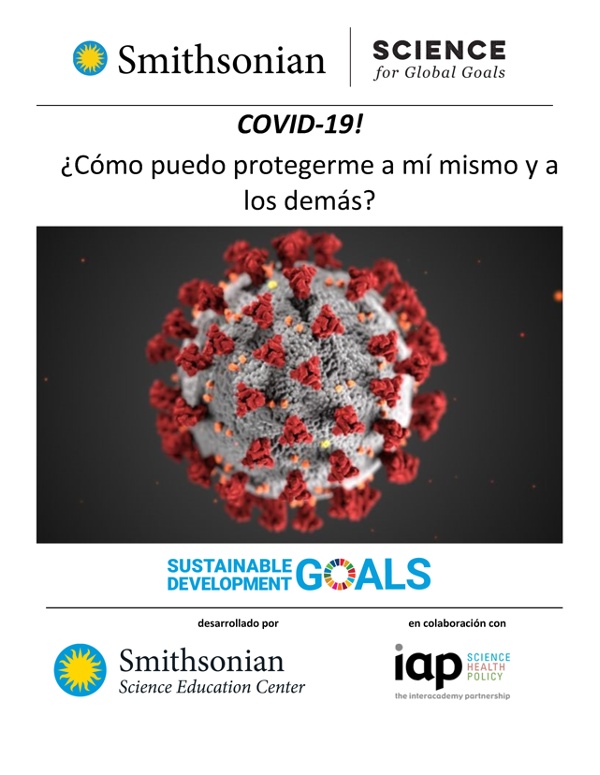 COVID-19! How Can I Protect Myself and Others? is translated into 25 languages including Spanish. Smithsonian Science Education Center

On March 17th SSEC Director, Carol O’Donnell, gave a talk at the STEM MENA conference. 80 attendees attended her presentation, which can be viewed here: Using the UN Sustainable Development Goals to Teach Inquiry-based STEM Education in a Post-Pandemic World

By Beth Short and Beth Wilson

When you consider a busy city like Washington, DC, you might not think about exotic wildlife encounters. But the DC-area is home to a fascinating animal: the Southern Flying Squirrel. Many people don’t realize that they may be living with flying squirrels right in their backyards. In fact, flying squirrels are the most common squirrel in North America [1].

North America is home to two major species of flying squirrel. The two primary flying squirrel species found in the United States are the Southern Flying Squirrel, Glaucomys volans, and the Northern Flying Squirrel, Glaucomys sabrinus. As you can see from the maps below, the two species of North American squirrel have vast ranges in which they live.

As we celebrate women who have made history and break down barriers, we want to showcase women who are changing the face of STEM during Women’s History Month.

We spoke with three women featured in the Stories of Women in STEM at the Smithsonian ebook about their career path, and how they would encourage the next generation of scientists.
--